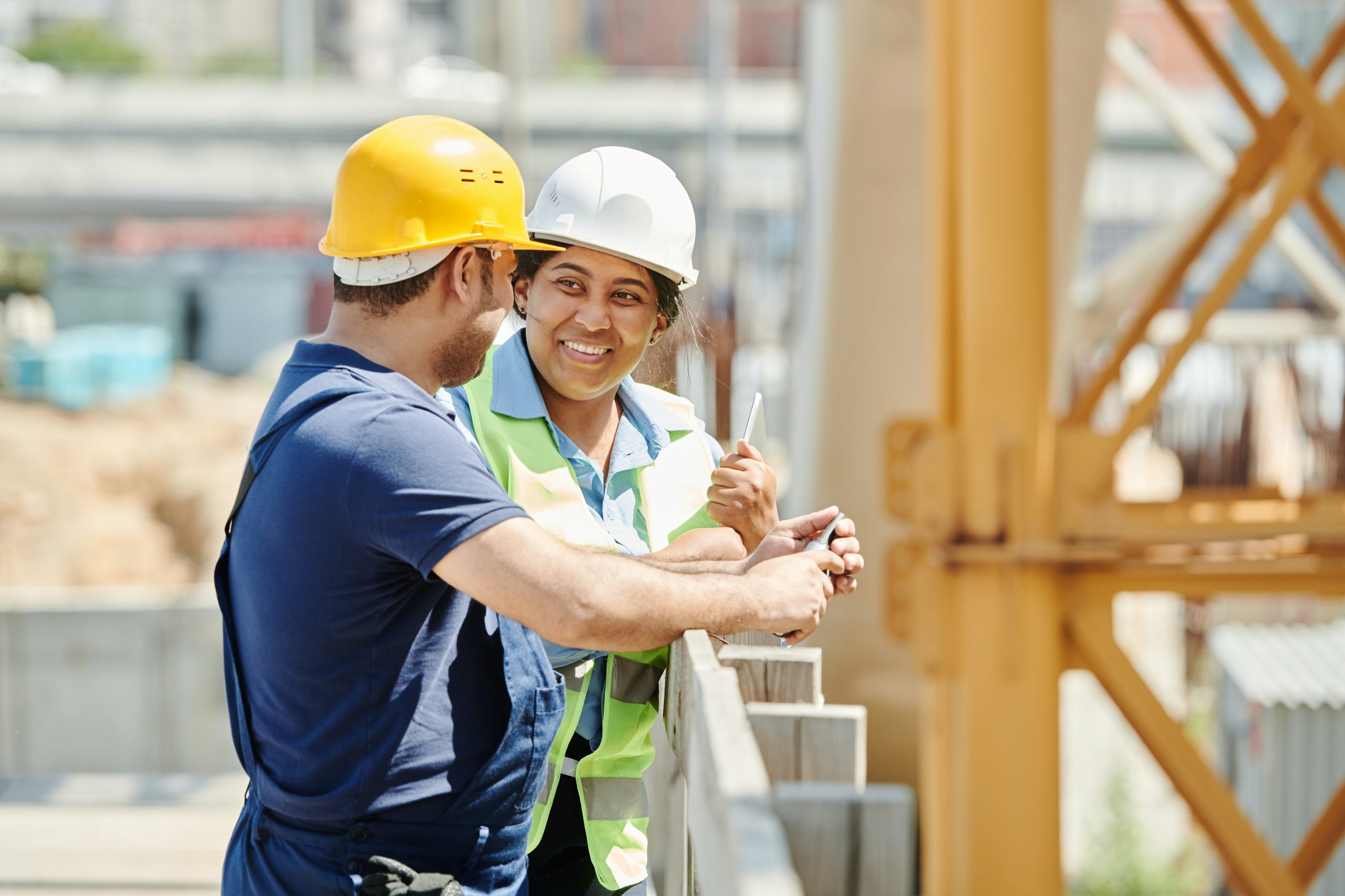 Posted at 09:00h in Activate Learning, UP Skills for Work, Workplace Literacy Blog Posts by communications

Canada has 1.2 million construction workers, but women only currently represent approximately four per cent of the construction trades.

The Office to Advance Women Apprentices was established in 2009 with a mandate of increasing employment opportunities for women in the skilled trades. With seven provincial offices across the country, including Newfoundland and Labrador, Prince Edward Island, Nova Scotia (Mainland and Cape Breton), New Brunswick, Manitoba and Saskatchewan, the Office provides ongoing support to tradeswomen seeking work or already employed in the skilled trades. This includes providing career services, employment supports, wrap around supports and networking opportunities for tradeswomen.

Recently, the Office ran an UP Skills for Work workshop with ABC Life Literacy Canada to help women improve their confidence – a skill that comes in handy when you’re working in an industry where you’re underrepresented.

Gillian Norris, Placement Coordinator for the Office, says the workshop was well-received by the participants.

“I received several messages the next day thanking us for putting on this workshop. When you’re under-represented on a worksite, it can feel isolating. This workshop allowed the women to network and speak with others who were going through the same thing. I think it really helped validate what they were experiencing.”

Norris explains that the confidence workshop was particularly important for their audience because in some cases, they might be the only – or one of few – women on a job site.

“It can be intimidating,” she says. “Many of these women are fresh out of school or going through their apprenticeship so their confidence is not there yet.”

Norris connected with ABC Life Literacy Canada because she wanted to help the Office’s members improve their soft skills, which is something employers are looking for. The UP Skills for Work program presented through Activate Learning in Newfoundland and Labrador was a great fit, providing more than 13 workbooks and workshops on skills such as communication, confidence, accountability, time management and more.

Norris explains that these fundamental skills are highly valued by employers, and that they’re key to maintaining employment.

“Getting employment is only half the battle – keeping that employment is another story, and you could possibly lose a job by not having the right soft skills,” she says. “I hear from employers all the time that they don’t just need someone with technical skills, they need someone with good interpersonal capabilities. Employers can train workers, no problem, but it’s much more challenging to train them on soft skills.”

Throughout the workshop, participants were encouraged to share their stories and talk about different challenges and experiences they faced on the job. The group was a diverse mix of both apprentices and Red Seal tradeswomen, and Norris says it was nice to see all different levels interacting and sharing stories.

“These types of conversations are helpful because you leave with ideas in your back pocket. You feel confident that when a similar situation arises, you know how to handle it based on how other people have handled it.”

ABC Life Literacy Canada recently adapted several of its UP Skills for Work workbooks to focus on the trades. The adapted confidence workbook was used in the Office’s workshop, and Norris says that the content was very relatable to the audience.

“The scenarios in the workbook were very trades-related, so it was easy for the women to picture themselves in those circumstances and identify situations that might arise. It’s not an office setting, it’s a shop setting, so it’s a lot easier to transfer and retain the information.”

ABC Life Literacy Canada plans to release adapted workbooks on collaboration and communication for the trades in the coming months.

“Having good collaboration skills is extremely important in the trades,” says Norris. “You need to be able to get along with your team because you’re constantly working together on tasks, eating lunches together – it’s a different dynamic.”

The Office plans to run workshops on communication and collaboration as well in the near future.

To learn more about UP Skills for Work or to host a free workshop, visit www.upskillsforwork.ca.