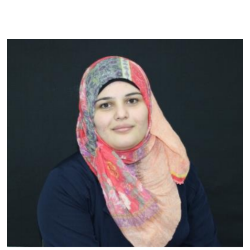 Posted at 13:07h in All Blog Posts by communications

My name is Saliha. I am from Syria and I have been in Canada for three years, I used to live in Turkey before coming to Canada. The reason for coming to Canada was because of the war happening in Syria and it was no longer a safe place for me and my family.

We lived in Woodstock for two years when we first arrived. Then we moved to Fredericton for two months because of my husband’s work. In that time, Lisa, the director of the Multicultural Association of Fredericton (MCAF), with Azza Seif, came to where I lived and told me that there is a new program called Skills Launch. They asked if I would like to participate in the program.

I was so excited but I could not do it because we had to go back to Woodstock. They said that I can participate the second year.

From that time my husband and I decided to move to Fredericton before they started the second term of Skills Launch. We moved to Fredericton just before the program started and I was a participant in the successful program (Skills Launch). The Skills Launch was so helpful for me and my classmates. It opened education and employment doors for us. From there I learned how to see my future in a different way and follow my dreams and to never give up.

I took a work placement in a pharmacy as a pharmacist technician. I would have never been able to take this position without education or experience if Skills Launch did not roll me in it. After I was done with Skills Launch, I kept working part-time in the pharmacy. Because of Azza’s and all my teachers’ encouragement, I went to an adult learning centre and started to study for the GED. I am almost done. It took me less than four months to finish it and that really opened all the doors for me to achieve all my dreams. I am able now to go to the university and take whatever I want which I never thought I would be able to after I left school in Syria.

I am so happy that I was able to come to Canada and be able to achieve my dreams. One of them was that we bought our own house after being in Canada for three years. My husband and I worked really hard to get what we want and we are still working and achieving our dreams.

I would like to tell every newcomer in Canada like us, that you should never give up your dreams. If you don’t dream you don’t have anything to achieve. In Canada you are able to achieve all your dreams, you just have to work for it.