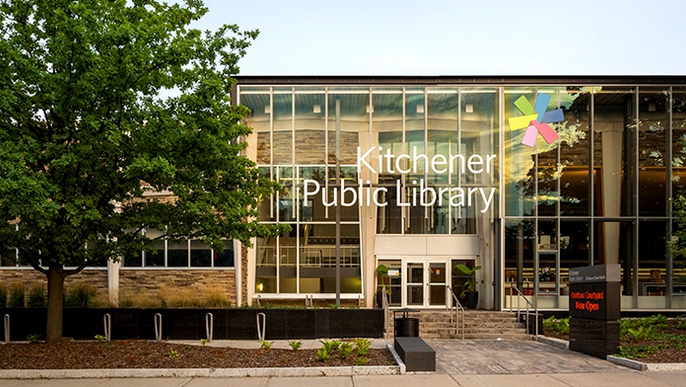 As we all adapt to the new normal amid COVID-19, literacy groups and other organizations across the country have begun offering remote programming. Kitchener Public Library (KPL) is one of the many groups that has adapted its programming to be presented online.

Aimee Jeffrey, Lifelong Learning and Literacy Librarian at KPL, says there were some initial concerns with privacy issues in the beginning. However, after conducting thorough research and running a few trial programs online, Jeffrey says everything is now working seamlessly and there are even plans to continue offering online programming after the pandemic restrictions are lifted.

Money Matters is a free introductory financial literacy program for adult learners offered by ABC Life Literacy Canada and supported by founding sponsor TD Bank Group through The Ready Commitment. The program offers four different streams: the core program, Money Matters for Newcomers and New Canadians, Money Matters for Indigenous Peoples and Money Matters for People with Diverse Abilities. Each stream has a number of workbooks, which cover topics such as everyday banking, saving and debt.

Organizations who run the program can deliver the workshops on their own, or with the optional support of TD Bank Group volunteer-tutors. KPL, who is no stranger to the program, opted to run their most recent series, Money Matters for Newcomers, with the help of three TD Bank volunteers.

“The TD volunteers are always very outgoing with great knowledge of the topics and a variety of skillsets,” says Jeffrey. “I think there’s a great connection when newcomers meet bankers because they feel that they are more approachable. It gives them the confidence to walk into a bank and up to the teller and not feel intimidated.”

KPL has been running the Money Matters program for six years, typically twice a year. This was the first time they’ve presented it online.

“We ran four one-hour sessions over the course of four weeks. There are two workbooks in the program, so we did half of a workbook per session. Everyone that attended had computer access, and people could have the option to use video if they wanted, or they could turn it off,” Jeffrey explains. “Everyone was able to ask questions and the group felt confident enough to do so.”

Jeffrey says the program was delivered online without a hitch, and that the only difference was that learners weren’t paired up one-on-one with volunteers; instead, each volunteer took turns talking about each part of the workbook.

Volunteer Katherine Arruda didn’t seem to mind the online delivery of the program. Having only been at TD Bank for a year, Arruda has jumped at the opportunity to take part in a number of TD’s volunteer opportunities, including Money Matters, which was a particularly important cause to her.

“I became a widow quite young and was left destitute two and a half years ago. It was very hard and I had no money. I couldn’t afford my lifestyle anymore and had to move back in with my parents. I felt like I had no idea what I was doing, and I think a lot of people feel that way, particularly women. Volunteering with Money Matters was my way of trying to right wrongs and give back to the community.”

Arruda says that consumers hold a lot of power but oftentimes don’t leverage it because they don’t have the knowledge or confidence to shop around for a better deal or to ask the right questions. She hopes that by running more financial literacy programs like Money Matters, consumers will feel more empowered.

“A lot of times we think, ‘I must be the only person who doesn’t know this,’ but the fact is that a lot of other people don’t know it either.”

Programs like Money Matters provide a safe environment for adults to learn the fundamentals of banking and finance in a simple, easy-to-understand way. Learners have the opportunity to ask questions in a smaller learning environment where they can get straight-forward answers.

“A lot of the newcomers (in the program) were quite young and were learning things that were foreign to them. It was very brave of them to come and attend and ask questions. All of the learners were very receptive and grateful to us volunteers.”

Arruda encourages other TD Bank staff to get involved and volunteer with programs like Money Matters. The communications associate doesn’t have a degree in finance but says that employees at the bank have knowledge of banking that a lot of people don’t have, which can be shared with others.

“Many of us often do daily banking in our personal lives, whether it’s reviewing a bank statement or putting money into savings. The knowledge that most of us have just by doing our own personal banking can be shared to teach this program to others who may not have those skills.”